I know I’m not… there will always be emerging
novel viruses and new variants/subvariants of existing viruses around us. Don’t let this come in your way

My reply is strictly from a real point view opposed to any so called Tin Foil hat beliefs.


If the news articles are true and all of this came out of Africa (As always). The fact this virus is spreading around just show cases how ill prepared we are to deal with anything remotely serious!

It's only been 2 freaking years and COVID-19 is still raging on and is in its 80th iteration???

There isn't a single time in recorded history where something has evolved and iterated five times never mind 80 plus times like COVID-19. Again, I'm trying very hard to avoid any tin foil hat conspiracy's or go into politics etc. But, its clear this isn't natural vs being weaponized by - Man.

This whole monkey pox thing in my view is yet another Russian / Chinese incident.

The dirty Russians have killed more people using chemical and biological weapons than any nation - period. Whether they provide the same to their allies (Syria) Afgan / Iraq all of the technology and weapons came from them. At the end of the day the world is in a whole lot of hurt because we simply can't get along . . .

People sometimes talk about the so called Cold War and how close we've been to being killed.

Today, in 2022 we all our in serious shit from being at war because Technology is so much easier to obtain and transfer. Thus, we have places like North Korea that have the bomb and the technology to launch the same.

Imagine zombies were running around killing and eating all of us just from a simple bite. People laugh because this example is so ridiculous and they can't wrap their brain around how crazy that sounds. Yet, more than 50 years ago a couple of guys said there's this thing which you can't see, touch, smell, taste.

But, if you're able to harness this so called mythical Thing it can provide endless power.

The government’s “science” behind Monkeypox is hilarious | ZeroHedge

Arjun said:
I know I’m not… there will always be emerging
novel viruses and new variants/subvariants of existing viruses around us. Don’t let this come in your way
Click to expand...

I'm not worried also. I've had my smallpox vax back in the 50's besides...unless you're moderately immunocompromised, it'll likely come and go.

One things for sure..I'll never get another vax for ANYTHING....the 2 I had for Covid19 last year were worse than Covid itself that I had and it killed my immune system...2 colds back to back 7 months after the 2nd shot.

Oh, I was wrong, something else is for sure.....midterms are coming in November, you can bet they'll be viruses of all kinds headed this way, gotta reinforce the needs and means to vote absentee and mail-in, ya know.

Hell yes, I'm scared to death. I drive alone with my mask on and windows rolled up.

Oceanslider said:
Hell yes, I'm scared to death. I drive alone with my mask on and windows rolled up.
Click to expand...

Jeez, you don't wear gloves when touching your own steering wheel? What's wrong with you, man?

The One time I forgot to wear my gloves

And just like we all predicted, Monkey pox cases would surge.....right after pride month..........

The number of likely monkeypox cases doubled in a week from 55 to 111 in New York City and spiked from 7 to 58 in Washington, D.C. (Fox 5 New York, NBC 4 Washington)


Is MoneyPox the new aids?

THIS IS NOT A JOKE!
My wife has a client that stopped coming to her office because my wife refused to get vaxed. Now get this: He also would not talk to her on the phone because he thought he could get covid over the phone. Yes, he is a liberal democrat/Trump hater.

Nope...actually I had forgotten about it until I saw this thread....

"...not primarily spread through sexual activity..."
Is this true, or is it weasel words based on warped statistics?

"...does not care what your gender or sexual identity is..."
A dumb statement showing the intelligence level of whoever wrote it.
E

No worry at all on that monkeypox, Ajun has potential to take Fauci job later when Fauci retire

It seems like the medical professionals would disagree with some of the statements on the propaganda poster......

"Some worry that the window is closing to prevent the virus from becoming permanently entrenched in this country, with more than 1,400 confirmed infections across 42 states -- and hundreds or thousands of additional infections suspected, predominantly in the gay and bisexual community,"

This past week in healthcare investigations

Arjun said:
I know I’m not… there will always be emerging
Click to expand...

EDIT: Also, MPX will likely wane or disappear after the midterms.

This is how it all started. Darwin was right 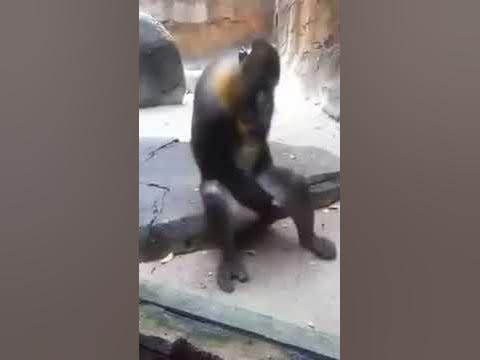 The WHO has officially declared this as a global health emergency:

I believe the numbers speak for themselves and heading in the wrong direction. As historic data indicates 4132 recorded incidents vs 16016 this year.

I honestly don’t think any virus number is acceptable given how this thing originated from African monkeys. The real problem is the impact it will have on the average person just minding their own business.

AIDS was seen as the same thing and people just ignored it because they believed it was contained within the gays and queers.

Obviously these so called professionals were wrong! As there were millions of closet fags and queers around the world. These same people donated blood and this directly impacted and contaminated the blood supply! This doesn’t even address all of millions of people who simply have a drug addiction as such sharing needles also helped spread AIDS.

The direct results were straight and healthy people were being infected by AIDS simply going into surgery. Mom with two kids finds out she is sick and later finds out her husband is a closet fag?!?

Infecting and literally killing her . . .

We are surely going to see the same thing with MonkeyPox!

There’s just too many scenarios were a straight healthy person can and will come in contact with fluids.

As I stated in my first reply given the ease in traveling. Inability of people being honest and their fucked up behaviour the world is in a deep hurt!

The only positive take away is more people are washing hands. Hygiene and sanitation is top of mind given the endless COVID-19. Along with people not shaking hands and staying within their own small circle of friends & family.

I imagine this time four months the number of people infected with this virus will easily surpass 100K. This is when you’ll begin to see innocent people like children being infected.

A whole bunch of people are going to be pregnant with a queer, fag, bisexual they don’t know about. Like AIDS the poor baby will be infected with the virus!

A whole lot of hurt is coming to a town near you!

Actually, the WHO has a whole bunch of World Wide Health Emergencies all lined up for the democrats to select one or more, just before the elections. Take your pick.....

Reality is this. If you got a smallpox vaccine years ago, you are protected somewhat. Now if you live by farms that have cattle as I do, can go get schmutz from a cow with cowpox and be protected. George Washington mandated it during the Revolution and I think it was cowpox he used. And if you had chicken pox as a kid, yea, fairly protected. Same strain, different symptoms.
You must log in or register to reply here.
Share:
Facebook Twitter Reddit Pinterest Tumblr WhatsApp Email Link
Menu
Log in
Register
Top