Jesus...what a bunch of thin-skinned, feelings-on-their-sleeves whiners. There's 2 year old toddlers that whine less.
"Oooh...he inferred I needed to diet" or "'Oooh, she looked at me then implied I should ask her to help"...ad nauseam.

It's no wonder ==>> The Los Angeles man accused of attacking Dave Chappelle said he was “triggered” by the comedian’s jokes about the LGBTQ community and homelessness — as he insisted he never wanted to harm the funnyman.

Its probably been 100 days since he actually remembered who he is....

Last week, Sidney Powell did an interview for "Viewpoint This Sunday", with host, Malcolm.
They discussed everything from Clarence Thomas, to the current situations with the lawsuits, to the border.

Note: this is an audio only interview. 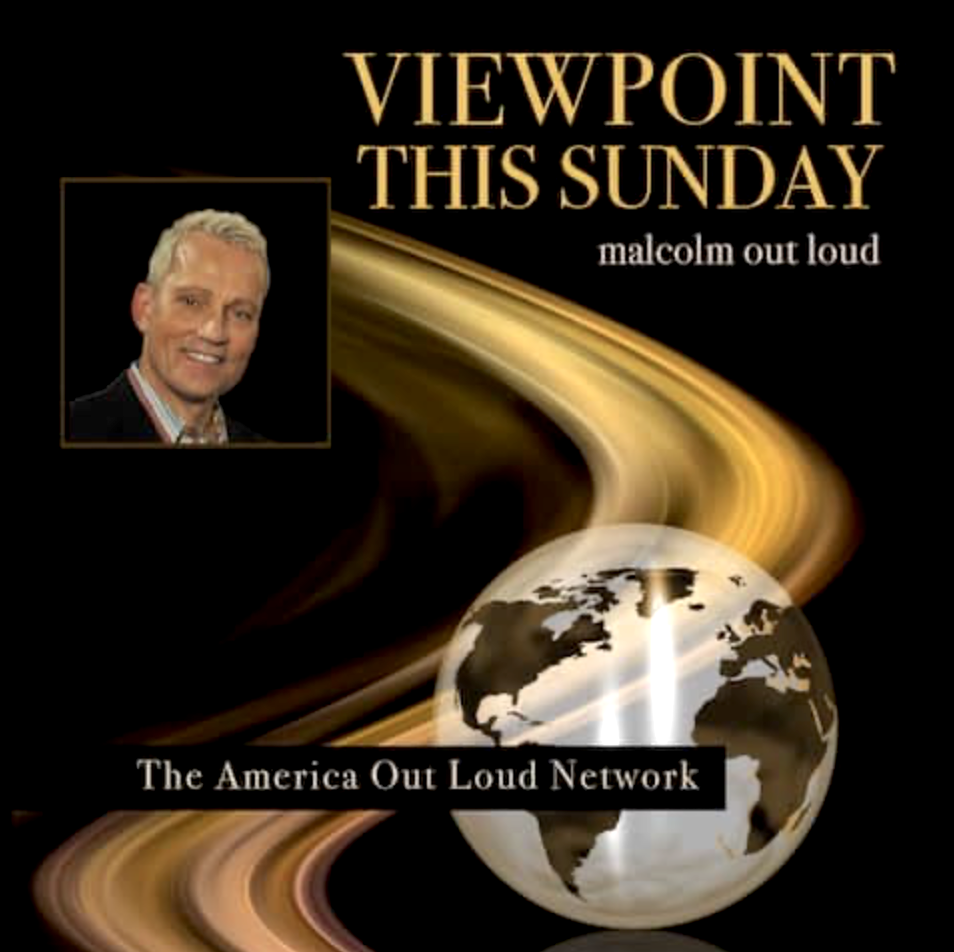 As Sidney outlines in this interview, Defending The Republic needs your support to continue fighting the battles laid at our feet.

Just a $10.00 monthly reoccurring pledge goes a long way to enabling our attorneys and Sidney to keep fighting.

Fight along with us to save America by clicking here and sending a monthly pledge.

Here is more information on some of the topics raised in the interview.


1- As always VDH has a way of cutting to the point.
Victor Davis Hanson at Review Journal

QUOTE: Americans are now entering uncharted, revolutionary territory. They may witness things over the next five months that once would have seemed unimaginable.

QUOTE: When revolutionaries undermine the system, earn the antipathy of the people and face looming disaster at the polls, it is then they prove most dangerous — as we shall see over the next few months.

Clarence Thomas rips media: I'll leave my job when I do it as poorly as you do yours

QUOTE: Thomas has been outspoken since a leaked draft opinion on Roe v Wade came to light earlier this month. On May 14, the same day Thomas made his comments on C-SPAN, the Supreme Court justice said that the leak has fundamentally altered the judicial body.

"I do think that what happened at the court is tremendously bad... I wonder how long we're going to have these institutions at the rate we're undermining them," Thomas said.

He added that a loss of trust in the Supreme Court is the "kind of infidelity" that is impossible to undo. Thomas is the longest-tenured member of the Supreme Court, having served since 1991.

4- We are seeing results from the information revealed in "2000 Mules".
The Gateway Pundit

QUOTE: Law enforcement has conducted a raid on Yuma County nonprofit organizations connected to the ballot trafficking scheme discovered by Yuma County citizens and revealed in the "2000 Mules" documentary.

To have confidence in the outcome of any election, we must continue to demand (1) real paper ballots, (2) hand counted in a bipartisan transparent process, and (3) citizen voter ID.
Missed a newsletter or to revisit a past newsletter? They are archived HERE .
NOTE: Defending The Republic, Inc. is a §501(c)(4) non-profit organization, gifts to which are not deductible as charitable contributions for Federal income tax purposes.

How FBI bigwig aided and abetted Hillary Clinton plot
By Post Editorial Board
May 19, 2022 8:32pm 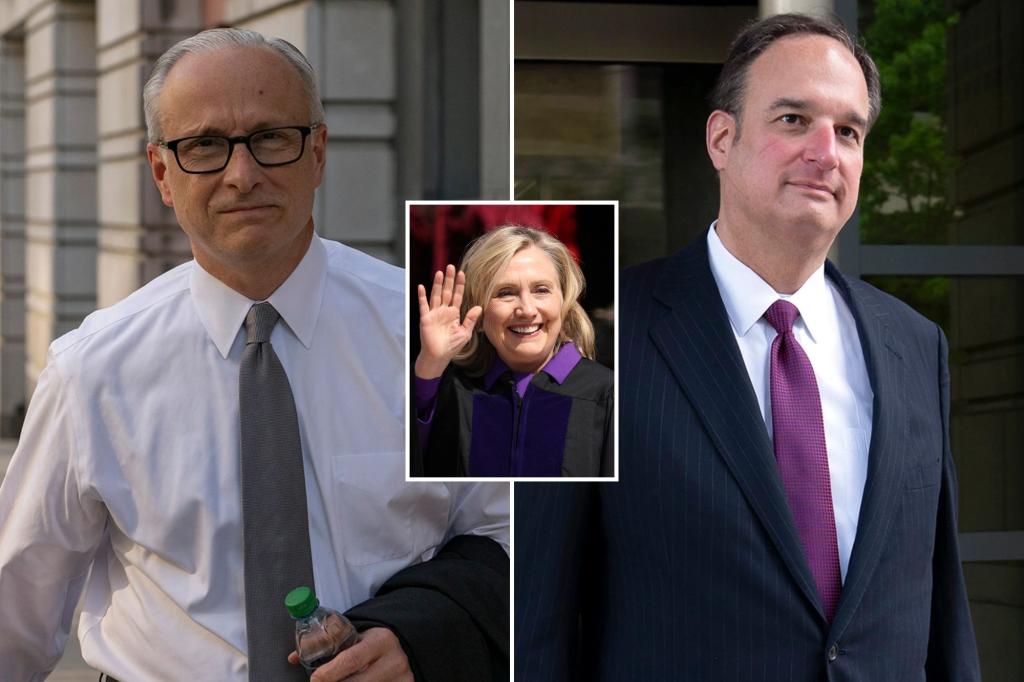 I know there are peabrains out there right now thinking.... "Well you guys should just let this slide, because we had to slide on Mueller not being able to pin anything on Trump."

FBI opened Alfa-Bank inquiry based on 'referral' from DOJ — but it came from Sussmann
by Jerry Dunleavy, Justice Department Reporter |May 23, 2022

The electronic communication marking the opening of the investigation cited a “referral” from the Justice Department rather than saying the Alfa-Bank allegations came from a lawyer for Hillary Clinton’s 2016 presidential campaign.

The opening communication, titled “Alfa Bank,” was authored by FBI agents Curtis Heide and Allison Sands, both of whom may testify this week, and the investigation initiated on Sept. 23, 2016, four days after Sussmann's meeting with FBI General Counsel James Baker.

Sussmann was indicted in September for allegedly concealing his clients — Clinton's 2016 presidential campaign and “Tech Executive-1,” former Neustar executive Rodney Joffe — from Baker when he pushed since-debunked claims of a secret back channel between the Trump Organization and Russia’s Alfa-Bank. Sussmann has pleaded not guilty.

Sussmann had worked at the Justice Department in the past, and testimony from Baker last week stated that he had a badge that allowed him access to the FBI.

The case identification was “Alfa Bank, Russia — Contacts / Agents, Sensitive Investigative Matter,” and the opening document said it “documents the opening of a Full Field Investigation into the network communications between a U.S.-based server and the Russian ALFA BANK organization.” Enclosed was a “White Paper.”

(story continues at the link below)

Today starts week two in United States v. Sussmann, Special Counsel John Durham’s false statement case against Michael Sussmann. According to the grand jury indictment, Sussmann lied to former FBI General Counsel James Baker when he told Baker he was not acting on behalf of any client when he provided Baker with data supposedly establishing an Alfa Bank-Trump connection, when in fact Sussmann represented both the Hillary Clinton campaign and Rodney Joffe.

After a brief interlude on Friday to accommodate the vacation schedule for a defense witness, former Clinton campaign manager Robby Mook, on Monday jurors will hear again from the government in its case-in-chief. Here’s what happened last week to prepare you for the week ahead.

What, we are like a week into the Sussmann trail. So, I went and did a search on YouTube for any MSM coverage of the trail. And much to my amazement I could not find any major MSM outlet other than Fox covering this. I even searched directly on the CNN and MSNBC websites and found nothing. Am I just missing it? You guys must surely be seeing coverage of the Sussmann trial by the other MSM outlets, right?

Read up on WEF
These are the scum running the whole show. Bidet is simply their latest puppet

Saw that. He’s actually pleased it’s going according to plan….

SJGUSMC21 said:
WHAT THE FUCK??

You can't get more POS that this dementia'ed peabrain.

With there being ZERO viable alternatives to fossil fuel to run the nation. The "incredible transition" is for Americans to suffer financially due to a false "the world is going to end in 12 years(now 7)" narrative so the Marxist can remain in power.
Last edited: May 24, 2022

A few were left out...foreign policy and race relations come to mind immediately.

You know what's really scary? His handlers have been keeping him away from taking questions live. They've even avoided the scripted question "press conferences" because he even screws them up. This can only go on for so long before something happens, like a war breaks out that involves the US, or some other major disaster. When it finally does happen and he's at the podium live, get the popcorn ready because it'll be a real show that will embarrass the US, him and his whole administration and probably leave everyone involved so weakened that we'll be run over even worse than now.

Ben does a good job explaining why UNELECTED elites should not be setting policy, rules and regulations, etc.