Andy's asked me to convey my thoughts about the new TIOC Camera. As I'm not a qualified reviewer and have nothing to compare it to, I thought I'd do it a bit differently by telling a tale of it's usefulness...allow me to set the scene....

The home of a UK Democratic supporter has been broken into by a dastardly Republican, looking for vote rigging. Discovering "Beware of the Wife She Bites" sign pinned to the fridge, and in fear of his life, the dastardly Republican stole the UK citizens only means of self defence....

For the un-initiated, in the UK you're not allowed knifes or guns for self defence in case you hurt someone, so instead the customary weapon of the UK Democrat, is the feather duster (unless you're rich, in which case your Republican and the rules don't apply to you), in which case cannon, guns and nuclear weapons are all fine. (Hence why I tell this tale from a Democratic angle).

Actually, I tell a small lie here. There is an explosive charge available to all, a weapon so deadly that it's age restricted and only available once a year (hence the reliance on the feather duster). A weapon so deadly even the US military haven't discovered it yet. Yep, the Christmas cracker.... In the UK the snaps are so deadly that you have to be 12yrs old to buy it and if you look under 25yrs old, you have to produce ID. Who'd have thought that for the last hundred years, people were sat around the Christmas table brandishing deadly weapons at each other over Turkey whilst wearing innocent grins. Who knew what they were really thinking........

Anyway, I diverge. So the deadly Republican thief is armed with his feather duster and dangerous and ready to strike. Luckily, however, Andy @ Empire Tech has equipped the Democrat with an even deadlier weapon, that of TIOC CCTV. Equipped with Night Vision he can see in the dark. Equipped with a Warm LED he can dazzle the Republican so he misses with his swipes. Equipped with a Blue Strobe, he can strike the fear of God into the Republican - a Democrat is in control of the FBI...

So let's see how he does with Empire Tech's weapon of self defence, as it's time to protect the British Empire:

Video available at all resolutions up to 4K.

As a non regular reviewer and having nothing to compare it to my immediate thoughts are as follows:

1. This test in Daylight was slightly unfair as it was both indoor and the day of recording was very dull and dark. As such, the camera is probably capable of better video than it conveys in these conditions. Is it the sharpest? Probably not but again I'll let others with other 4mp cameras to comapre it to, draw conclusions in the comments below.

2. 50% LED Assistance appears to improve the situation with the lower part of the eye chart becoming sharper - again note here, the light levels were low for daylight so this may be more of an indication of what the camera is capable of outside on a brighter day

3. 100% LED might be a slight improvement again although this introduces a warm colour cast from the LED. No doubt this could be easily balanced out using the White Balance Adjustment

4. I am noticing a little fringing around eg the hands but whether or not this is the result of the encoding chain Camera > BI > Desktop > Vimeo I'm unsure. It's a big 4 coversion chain.

5. Alarm and LED Siren. I'm not 100% sure how these can be triggered whether it's by trip or events. I triggered both manually for the demo. The Firmware may need a tweek here as I set them to 30 sec duration but from the video it was probably less than 10 (range 10-30 secs). Hence why I included myself racing down the stairs to get in the picture. As you can see, the LED flashes red then blue as per a US Cop Car bar. How much of a detrimental effect the colour has on video quality I found hard to discern because of the short time in the picture with the test chart. The good news was that at 15fps with 50% LED, there didn't appear to be too much motion blur or trailing despite the fast movement. Is the light / siren useful? I can see these being really good for disturbing and causing offenders to flee, so very good for driveways, Office Buildings, Car Dealerships, School Corridors after hours etc where you want to panic offenders away. I'm pretty sure the psychological effect of "police lights" along with a siren will scare.

7. I should mention there are some night enhancements available such as back lighting for the sensor and some other night modes. At least one of these seemed to improve light recorded whilst the others degraded the picture. Unfortunately time constraints caused by considerable issues setting up the camera, (not the cameras fault but rather my for now jerry rigged pc until I can afford a dedicated BI Machine), meant I didn't have a chance to record these nor a proper night test. However, I expect the sensor will struggle more when the light gets below 1 lux unless the LED is on.

8. My thoughts on the led are - 1. It should be daylight not warm (to avoid the colour cast seen at 100% brightness). 2. It should be event controlled. So far as I can see, it's controlled by lighting conditions ie light levels and profiles ie day / night rather than event ie trip, however, I haven't become familiar enough with the considerable range of settings in the firmware to know if there is an event option. I personally feel an event option would be better because although there might be some response delay from the camera (although playing around manually, I noticed no lag in adapting to led on / off), it would be better both for camera life and stealth to have the LED off on event trigger rather than permanently on overnight.

9. My thoughs on the Blue / Red strobe are that this has the potential to be an excellent addition. However, so far as I can see, if enabled it trips straight away. Again there maybe options in the firmware I'm unaware of. Maybe Andy could chip in with his knowledge of the settings for these cameras to clear this up. However, if there isn't an option to delay the flashing, I believe it would be better if both it and the siren feature could be delayed because that way you give the camera time to obtain some footage of an offenders face without the colour cast before the strobe activates.

10. My final thought, Dahua should have given this 4mp version a large 1/1.8 sensor instead of the 1/2.7. The LED probably compensates to an extent but there's no substitute for pixel area.

Just my thoughts. Feel free to critique / comment below or add further if you have experience of this camera.
Last edited: Nov 17, 2020
C

I should have mentioned, In Camera encoding settings were h264 and 8mbs bit rate. BI export encoding was at 50% quality (normal). The BI video was rendered in Vegas Pro at 24mbs cbr and 4k and Vimeo transcoding unknown but usually high quality.
C

Dahua have now put up the data sheets and spec page: 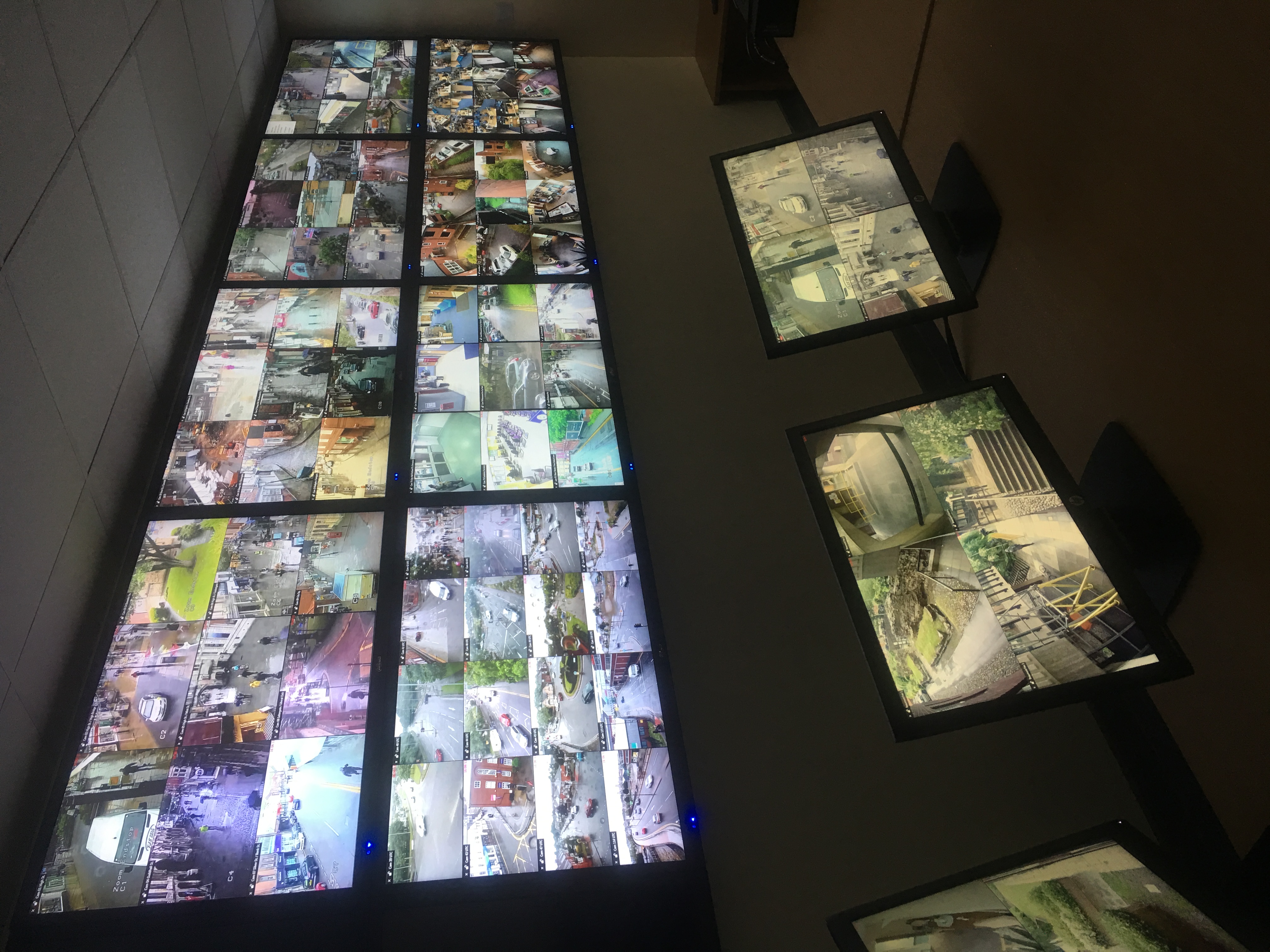 Dahua TiOC Three in One Camera

we sell boatloads of these, badass cameras
C

Yeah very good deterrent. Not sure I'd recommend having every camera as one of these as I think there are better options for more generalised use, but there's absolutely no doubt as a point camera for deterrence eg driveway or entry point eg hallway in a building, these are the dogs so far as deterrence and frightening off an offender goes.

CCTVCam said:
Yeah very good deterrent. Not sure I'd recommend having every camera as one of these as I think there are better options for more generalised use, but there's absolutely no doubt as a point camera for deterrence eg driveway or entry point eg hallway in a building, these are the dogs so far as deterrence and frightening off an offender goes.
Click to expand...

I'd do a full review but Andy didn't give me a review unit lol.

Its.....okay. Just not as good as I expected but it will do the job.

Good review but someone stole your Art Images...
C

Al*_* said:
Good review but someone stole your Art Images...
Click to expand...

Yeah I think I pinched an idea from Looney with that one.

I'd do a full review but Andy didn't give me a review unit lol.

Its.....okay. Just not as good as I expected but it will do the job.
Click to expand...