I was in my crawlspace last week installing a fiber optic cable, and I guess a mouse got in because it kept showing up in my water line camera every day or two. I put in a trap this morning, and this evening, I got it.

I almost got it twice!!

rip to the mouse
E

Awesome. Guy didn't even try a go at the bait... just blindly ran into death. Rung his bell good and hard. I hate mice. The do sooo much damage to wiring up here. Tractors, cars, RV, etc... nothing is safe.
R

While bait is amazingly effective for mousetraps, the other main factor is proper placement of the traps so their triggers are in main "runway paths". And of course, adjusting them for high sensitivity.

Mice like to run along walls and other obstructions. It's probably safety instinct, restricting the angles from which they can be attacked. Always place traps with their triggers as close to walls as possible so the mice have to run right over the trigger as they scoot along the wall. This gives high success and usually good clean kills.

I've caught as many mice by them simply walking on the trap trigger as I have from them actually going for the bait.

As violent as spring traps are, I think they're the most humane and effective.

I hate glue traps because where I used to work, the female office workers would place them despite us guys telling them not to use them, and then we would get the grim job of actually killing the poor mice who had often struggled for many hours, often tearing a lot of their skin off slowly as they tried to get away, screaming the whole time. Their screaming is why the girls would call us to deal with them. Nasty!

Then there's poison. I hate that because it doesn't kill the rodents quickly, and 99% of the time, they crawl into someplace inaccessible (like between walls) to die. Then you get to smell rotting mice for months, or perhaps continuously for whole summers as their corpses pile up and slowly rot where you can't find them.

I never hated mice until we had an incredible infestation in my garage one fall. Thousands. No kidding.

And the damage they do to switchgear and control panels by chewing off insulation is amazing. They crawl in through conduits and munch away until they either bridge across a high voltage path causing an explosion, or they manage to remove enough insulation to allow a direct short.

Having to rewire entire motor starters and control panels because hundreds of wires have had parts of their insulation chewed off is time consuming and expensive.

They're cute and endearing, but cannot be tolerated.

Right after I sucked up hundreds of them (live) in my garage, and we cleaned and swept the whole place out... only then did we read some of the first articles about hantavirus! We all kept imagining we were having flu-like symptoms for a few weeks. Read about it. It's sort if like Ebola. A hemorrhagic fever virus, and it was found in several counties near here.

A 10% solution of Clorox in water is your friend!

The articles said to wet everything thoroughly, never sweep or vacuum. And put the dead mice in one ziplock bag, then that one in another, then bury that at least three feet deep. Never dispose of them with the regular trash.

This, we read after shop-vaccing them up by the hundreds and dumping them into the dumpster behind my house. Sheesh!

This is the outbreak that was in the news right when we were dealing with our mouse infestation: 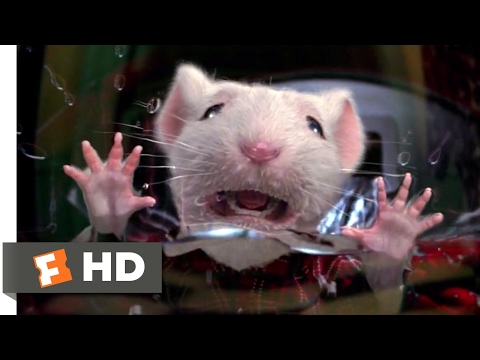