What if I just buy cheap lowers and sell them back?! Remember the lower is the rifle lol...

A startling new report via AmmoLand News outlines how the US Department of Commerce Census Bureau asked major holster manufacturers/providers for order numbers, product descriptions, and locations where the items were shipped.
Some holster companies rejected the Department of Commerce's request for "commodity flow surveys" related to their sold products.

"We will never turn over any information on our customers to the government no matter the cost us," Chad Myers, President of JM4 Tactical, said. "To do so would violate our core beliefs. We need to stand up to an overbearing government. Our customers can rest assured that their information is safe with us!"
Click to expand...

This video brings me joy!

And another one for the good guys and good ladies - 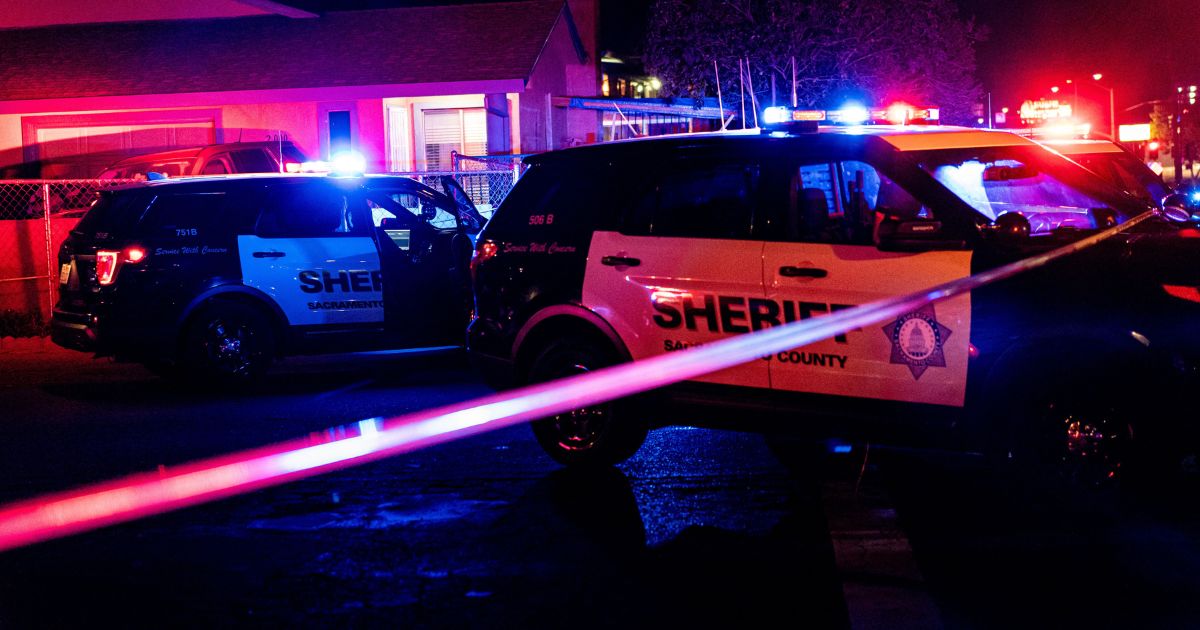 Fearless Woman Confronts Gang Breaking Into Her Car, Suspect Ends Up Riding Off in Ambulance Instead

The 34-year-old woman was a concealed carry license-holder, and she drew her weapon to defend herself against the criminals.

sebastiantombs said:
And another one for the good guys and good ladies -

Fearless Woman Confronts Gang Breaking Into Her Car, Suspect Ends Up Riding Off in Ambulance Instead

The 34-year-old woman was a concealed carry license-holder, and she drew her weapon to defend herself against the criminals.

Hey libs, thought it was illegal for a 13 year old to have a handgun. How about enforcing the laws on the books instead of making more laws that are meaningless.

Okay, okay, this belongs in the memes/sarcasm/humor thread. But it just works here. The ATF has beclowned itself yet again. Last month, when the agency sent Special Agents Larry, Moe and Shemp to the home of a law-abiding Delaware gun owner, without a search warrant, with orders to inspect his guns without letting constitutional rights get in their way, they should have been...

Last month, when the agency sent Special Agents Larry, Moe and Shemp to the home of a law-abiding Delaware gun owner, without a search warrant, with orders to inspect his guns without letting constitutional rights get in their way, they should have been prepared for some blowback.

We certainly were when we broke the story. However, no one could have predicted the magnitude of the boom, because the entire “voluntary interview” as ATF later called it, was captured on video.

Now, the whole country is talking about ATF’s surprise raid, what it says about the agency and the constitutional violations that were aplenty. Once again, ATF has become a laughingstock – the butt of a hundred jokes. Once again, the agency has resecured its position as the pariah of federal law enforcement.

The post-raid chatter got so loud, ATF’s newly minted director, Steve Dettelbach, had to try to salvage at least a small piece of his new agency’s tarnished reputation. After all, he started on the very day los tres idiotas were begging and pleading for just a peek at a serial number or two.

Dettelbach had to reassure Joe, Kamala, Gabby and the others who put him in charge, that he was a real leader. He had to tamp down the laughter and stop the chatter. So, what did he do? He sent in the pamphleteers, of course.

Dettelbach chose a Virginia gun show as the site for his first ever public relations campaign. He issued seven-year-old flyers titled “ATF Myths – Not everything you hear is true” to a team of handpicked staffers, whom he ordered to circulate and make nice-nice with the gun owners attending the show.

To be clear, ATF’s flyers are chock-full of lies and half-truths. NRA already published a vicious point-by-point analysis of their content, which they called “Busting ATF’s ‘Myth’-Busting.” The piece is about as subtle as a sucking chest wound, and it shoots Dettelbach’s PR campaign down in flames.

My question to Dettelbach, should he ever learn how to pick up a phone and return a call, is why pamphlets? Did he not want to reach more than 50 people?

The first American newspaper, Publick Occurrences Both Forreign and Domestick, was published in 1690, and we’ve been mass communicating ever since. If he is really interested in discussing what happened, all he has to do is call. The word will certainly get out.

The conduct of Dettelbach’s agents raises serious questions and concerns: Are these warrantless home invasions going to continue? What are the agents’ rules of conduct? What happens if a home owner refuses to comply? And why isn’t anyone willing to talk about them – what are they hiding? These questions need to be answered before someone gets hurt.

You can tell a lot about a leader based on how they react when their people screw up – especially if they make national news. Right now, all we’re getting from ATF’s newest director are dusty handbills and unreturned phone calls.

Dettelbach owes the public answers. He works for us, after all. He may be a good leader. ATF could certainly use one. Unfortunately, right now it appears he is more interested in shielding his agents from public scrutiny, rather than the unconstitutionality of their actions, or our right to feel secure in our homes.

I see two ATF agents, and a State popo that should have already been fired.....but it won't happen.

You might be a Militia Violent Extremist (MVE) if: The unclassified document says it is for FBI internal use only.
And there isn’t one word about Antifa terrorists or BLM militants.

Under the “symbols” section of the leaked document, the FBI targets the Second Amendment.

Ashli Babbitt is cited as a person that ‘Militia Violent Extremists’ consider to be a martyr under the “Common Phrases and References” section, PV reported.

Project Veritas released a newly leaked document today provided by an FBI whistleblower, which shows how the Bureau classifies American citizens it deems to be potential “Militia Violent Extremists” [MVEs].

In the document, the FBI cites symbols, images, phrases, events, and individuals that agents should look out for when identifying alleged domestic terrorists.
Last edited: Aug 2, 2022

I guess I'm an MVE because I have a Gadsden Flag. I guess I was back in grade school, too, when I was taught about it in History class. Morons!

I’ll bet you even said the Pledge of Allegiance… you Terrorist you
Last edited: Aug 2, 2022 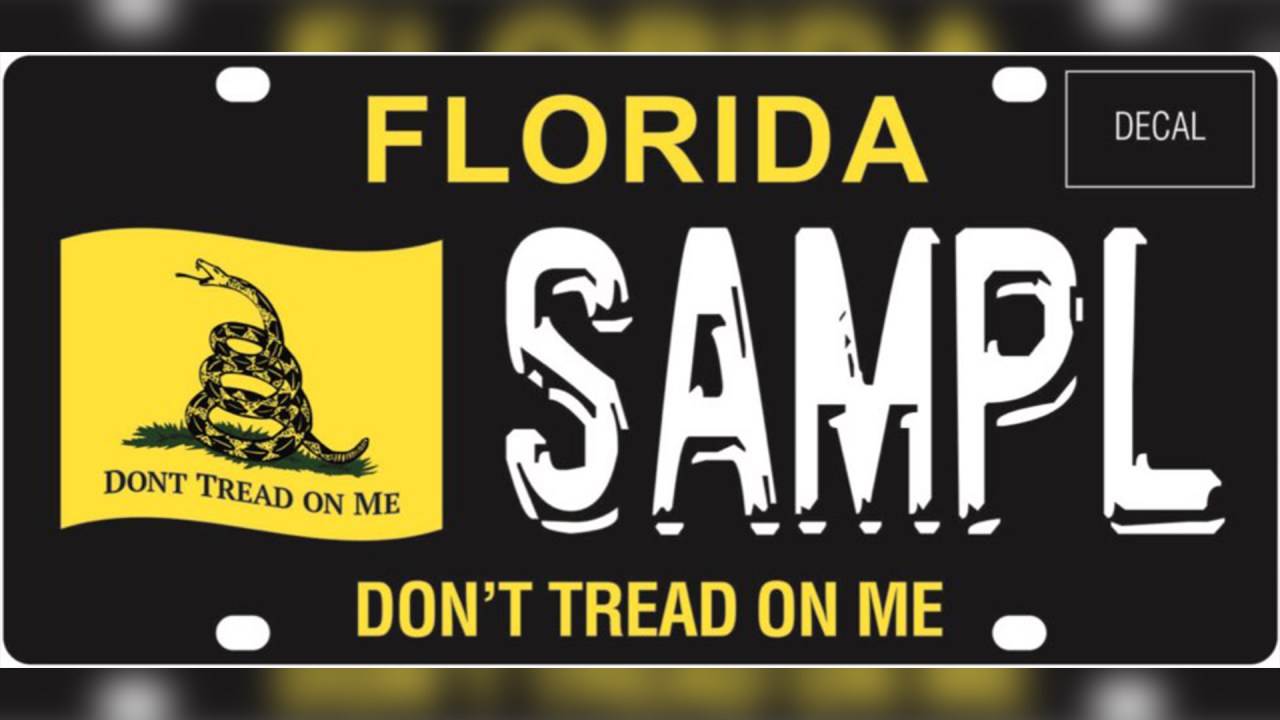 Florida Gov. Ron DeSantis took to Twitter last week to promote the state’s new license plate design. Since then, the responses have ranged from support to criticism.

Of course, we're ALL MVE's here in Floriduh!