It's no wonder recruitment is down. Truly amazed that people of this country vote for libtards. Now it's a sin to mention something about your mom or dad because the person you are talking to might not have one?

Air Force Academy diversity training tells cadets to use words that 'include all genders,' drop 'mom and dad'

A diversity and inclusion training by the United States Air Force Academy tells cadets to stop using gendered language like "mom and dad" and "boyfriend and girlfriend."

Hopefully our future leaders will put a stop to this. Should require that any State or Federal department have a court order specifically stating the reason they need this info. And, it should have a begin/end date then should be permanently wiped.

Arjun said:
Anyone find this amusing?

They are pissed to have been exposed as the hypocrites they are. LOL

Yep, sending Illegal migrants to one of the poshest of locations in the USA...."endangers human lives"

Ron DeSantis is showing republicans that conservatism wins, but I doubt the rinos are interested, they want to "reach across the aisle" (cave in to democrats). 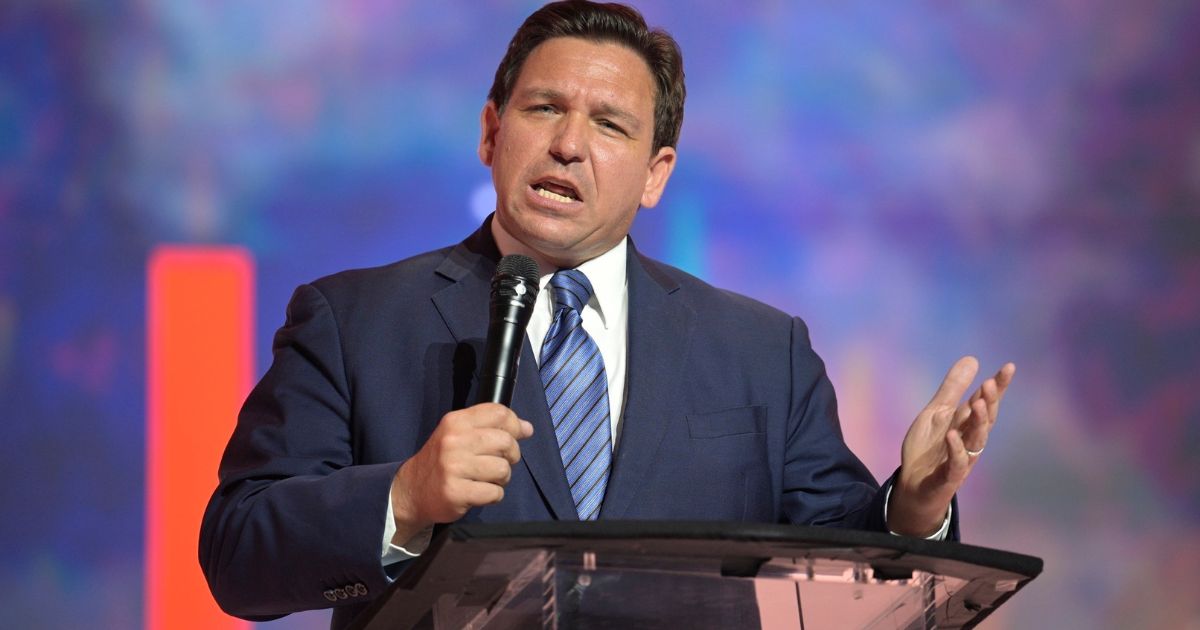 DeSantis Wins Again - Out of Over 1M New Voters, Less Than 18K Registered as Democrat

A look at party enrollment numbers could be a barometer for what Florida voters think as Gov. Ron DeSantis fights for re-election.

“There doesn’t have to be a process, as I understand it,” Trump told Fox News' Sean Hannity, after Hannity pressed him on which process he took to declassify the documents.

He continued, “If you’re the president of the United States, you can declassify just by saying it’s declassified, even by thinking about it.”

Trump says president can declassify 'even by thinking about it' (usatoday.com)

Arjun said:
Anyone find this amusing?

Probably Clinton's Lawyer had a hand in this .. darn Political Ambulance chasers ..

South Korean gubermint needs to realize that dementia Joe doesn't even know he has a "face" much less that he can lose face.

Libtards have no shame therefore can't lose face. Damn, does South Korea need a consultant about this because I'm available.

South Korean President Yoon Suk-yeol made a profane comment on a hot mic Wednesday after speaking with President Biden at the United Nations General Assembly.

New photos and videos show Hunter Biden's wild and debauched parties at a luxury Malibu AirBnB. In the videos Hunter is seen riding across the lawn on a bicycle, stripping naked and sliding down a waterslide into the $4,140-per-night property's pool. Other pictures show him having group sex and entertaining hookers in his luxury rental's hot tub in 2018.

My Comment: Can you imagine what the press would do with this story if it was one of President Trump's son's?
Last edited: Thursday at 1:55 PM

'My Comment: Can you image what the press would do with this story if it was one of President Trump's son's?'

It's a warfighting imperative because once our soldiers understand the enemy doesn't have moms and dads there will be no mercy for these unisexual self breeding mongrels.

Oceanslider said:
They are pissed to have been exposed as the hypocrites they are. LOL

Yep, sending Illegal migrants to one of the poshest of locations in the USA...."endangers human lives"
Click to expand...

Send me and the wife, we could use a free vacation...So much for White Privilege.

Sybertiger said:
It's a warfighting imperative because once our soldiers understand the enemy doesn't have moms and dads there will be no mercy for these unisexual self breeding mongrels.

how sensitive do you really want our drill Sergeants ?!?!?!

And good night Chesty, where ever you are.

As if there was ever really any doubt that Barr is a dyed in the wool swamp creature...

BARR LIED! FOIA Requests Reveal There Were No DOJ Investigations on Election Fraud After 2020 Election as Bill Barr Claims (VIDEO)

BARR LIED! FOIA Requests Reveal There Were No DOJ Investigations on Election Fraud After 2020 Election as Bill Barr Claims (VIDEO)


The thing is Trump kept appointing those who he was "told" were good people for various jobs. Remember, like Barr, they're all professional liars, all belong to the same club and all were deathly afraid of an outsider exposing the vile corruption our government has become and losing their power. Thus they banded together to save their collective asses.

The American Stasi, formerly known as the FBI, is now arresting anyone who stood outside up to a 1/4 mile away from the Capitol bldg on Jan6, even if they did nothing else.

Essentially the order of the appellate court is based on the DOJ calling the material “classified” and “vital to national security”, and the court’s determination they have no authority to question the decision of the executive branch when it comes to matters of national security.

The court (judicial branch) openly states they defer to the DOJ (executive branch) as to any/all claims of harm to national security that may be caused by a review of documents the DOJ-NSD determine, on their own authority, to be identified as classified (sensitive, secret or top-secret). Therefore, if the DOJ states sharing the “classified documents” with a special master may harm national security, they court must accept that position without challenge.

The 11th Circuit Court of Appeals is doing what the Foreign Intelligence Surveillance Court (FISC) does with the DOJ-NSD and any matters defined by the originating Main Justice officials as “national security.” The 11th Circuit is deferring to the DOJ.

The DOJ is granted legal benefit of the doubt on all matters of national security, which puts the DOJ-NSD in ultimate control over the star chamber they operate.

In the post 9-11 surveillance state, this approach by the DOJ-NSD is a pillar holding the Fourth Branch of Government in place, as we have outlined. The other pillars are (2) the Dept of Homeland Security, (3) the Office of the Director of National Intelligence, and (4) the secret FISA Court system.

All four pillars maintain an omnipotent fourth branch of government that operates entirely without oversight. As you can see in the 11th Circuit Court ruling, there is no check or balance in the post 9-11 national security state.

The only way to deconstruct this post-constitutional construct is to deconstruct the four pillars
Take down the pillars that hold up the fourth branch of government and the Omnipotent surveillance state is removed.