Pandemic threat? Anyone else concerned?

This is the kind of crisis that effects regimes change. Another reason for leadership to be nervous.

DRZmaui said:
..Talked with a Spanish Expat from Shanghi. He feels the politican in China are scared to death, Not being forth coming about what they know, stay tunedm cant get of of Asia fast enough, Things happening real fast
Click to expand...

guykuo said:
Japanese bus driver has contracted it from tourists. Japanese aren't exactly known for hugging everyone. Human to human is pretty much confirmed.

I'm a doc and wife is an epidemiologist. We consider this a growing threat.
Click to expand...

erkme73 said:
Wife is an ER doc and up until the last two days she thought I went off the deep end getting supplies. Over the last two days, I've seen her with her face buried in her phone researching. She too is now quite concerned.
Click to expand...

Anyone done some modeling on the potential impact / peak yet?


So far, from what I have been able to gather from what seems reliable sources:

3) Possible that the wet market was not the first transmission - this would be the cause if the patient was the one reported on Dec 1st ( he had not visited the wet market.. perhaps it was a false positive? )

4) Journalist and others sharing the stories were censored and even reportedly arrested..

6) 5 Million left Wuhan before the lock down...


Given the above info I strongly feel ( without doing any modeling ) that this will spread throughout Asia.. perhaps even hit Africa ( lots of Chinese workers there ) . Just my guess at this time.

You should hear the screams here about how badly the authors are misapplying thin tail statistics to a fat tail situation.
Every time she sees another article trying to compare this to influenza, I get a lecture on why you cannot apply the statistics from one to the other.
It goes way above my math level. I'm just the ground pounder by comparison.
W

Location
Somewhere in the space/time continuum

To quote Alfred E. Newman, "What, me worry?" Fear is the number 1 commodity in this country. More people died in 2019, from the Flu virus, for which there is a partial vaccine for. The number most really quoted is 30,000 peope from the Flu. I'm more worried about getting killed by a drunk driver.

Problem is that the first cases occurred prior to 2020, perhaps as early as the summer of 2019. The Chinese have refused assistance from the CDC, afraid that the truth will be found out and become known, IMHO. The way the "hockey stick" is curving up so drastically, makes it questionable about the initial honesty and accuracy of the early reports and anything said since then.

Nothing to see here folks - - Move Along !


COPENHAGEN: China’s embassy in Denmark has demanded an apology from daily Jyllands-Posten after it published a cartoon of the Chinese flag with its five yellow stars represented by coronavirus particles.

In a statement, the embassy said Jyllands-Posten and Danish artist Niels Bo Bojesen should apologise to the Chinese people for publishing the image, captioned “Coronavirus“, in Monday’s edition of the paper. 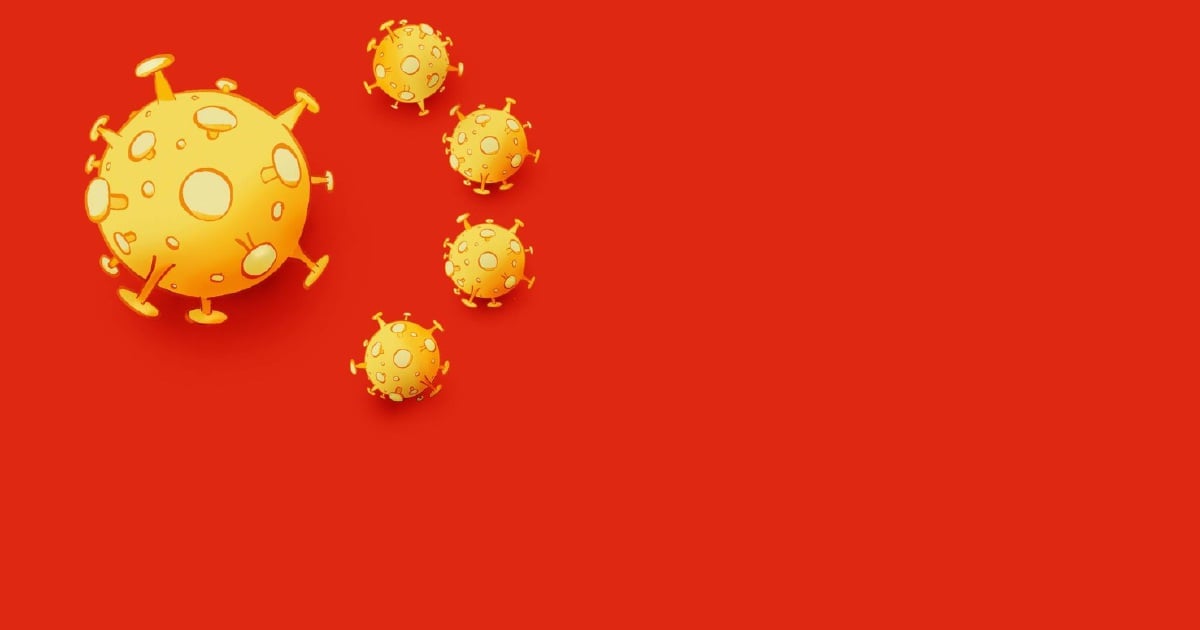 COPENHAGEN: China’s embassy in Denmark has demanded an apology from daily Jyllands-Posten after it published a cartoon of the Chinese flag with its five yellow stars represented by coronavirus particles.

“I have nothing else to say about it other than that we have a very, very strong tradition in Denmark, not only for free speech, but also for satirical drawings, and that will continue in the future as well. It is a well-known Danish position, and we won’t change that,” she said ( Prime Minister Mette Frederiksen )

I at first thought this must be some sort of joke... however I noticed even reuters posted this.. 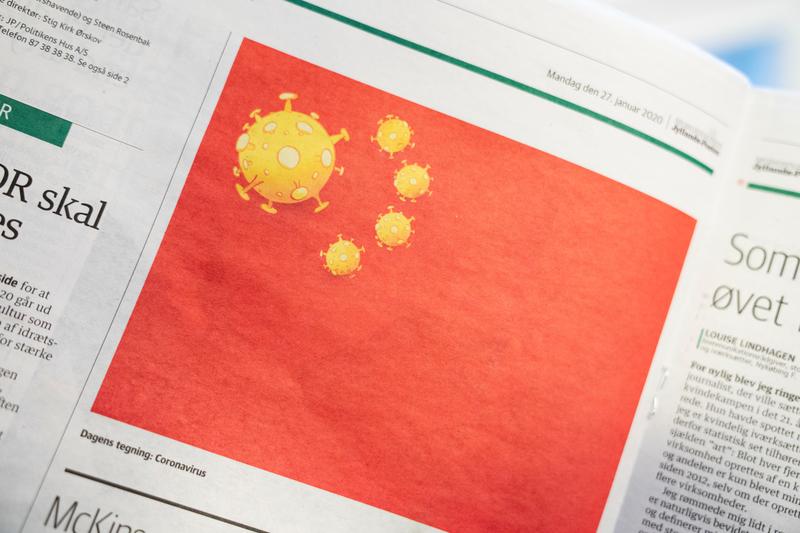 China's embassy in Denmark has demanded an apology from daily Jyllands-Posten after it published a cartoon of the Chinese flag with its five yellow stars represented by coronavirus particles.

How about China apologizes for allowing wet markets to return after SARS?

First case of person to person transmission just reported in Chicago, 21 additional people under observation due to exposure.
M

Corona Virus Tracker from Johns Hopkins. Been watching it for a few days, they say its "real time" but in reality, its only updated two or three times a day.

I told my wife, when the number of infected people in the USA hits about 5000, and there is no vaccine yet, we will pull our kid out of school and bunker down until it clears. I have enough food, toiletries, medications and energy to stay completely isolated for two years minimum.

Found this one interesting:

This part was interesting
28:13+ quarantine
58:+ washing hands issue with availability and use of soap

109: "This will be in the Chinese history books as a massive victory" ( despite it being a major fail for the first month.. )

The commentators brought up a good question:
"Why is it that face masks are sold out around the world?" ( ans: this is a big issue thus very high demand.. )

Executive summary:
Crack down on information coming out of China, Chinese media is strongly controlled by the Authorities.
Numbers on China deaths / infection from the corona virus is not accurate.
Last edited: Jan 30, 2020

I found this interesting:

"While overwhelming government powers are an advantage in handling a national crisis, they are not so effective at preventing one...

Wuhan could have [4] contained the crisis early if it had followed World Health Organisation guidelines of implementing quarantine policy early and restricting crowds. Perhaps the most effective policy is transparency. When people are on guard, the virus cannot spread as quickly.

Wuhan’s failures show up the systemic weaknesses in the top-down structure [5] of the China model, where everyone in the hierarchy is accountable to someone above. This top-down nature has been considerably strengthened in recent years. The less initiative one takes, the less likely one is to receive blame.
" 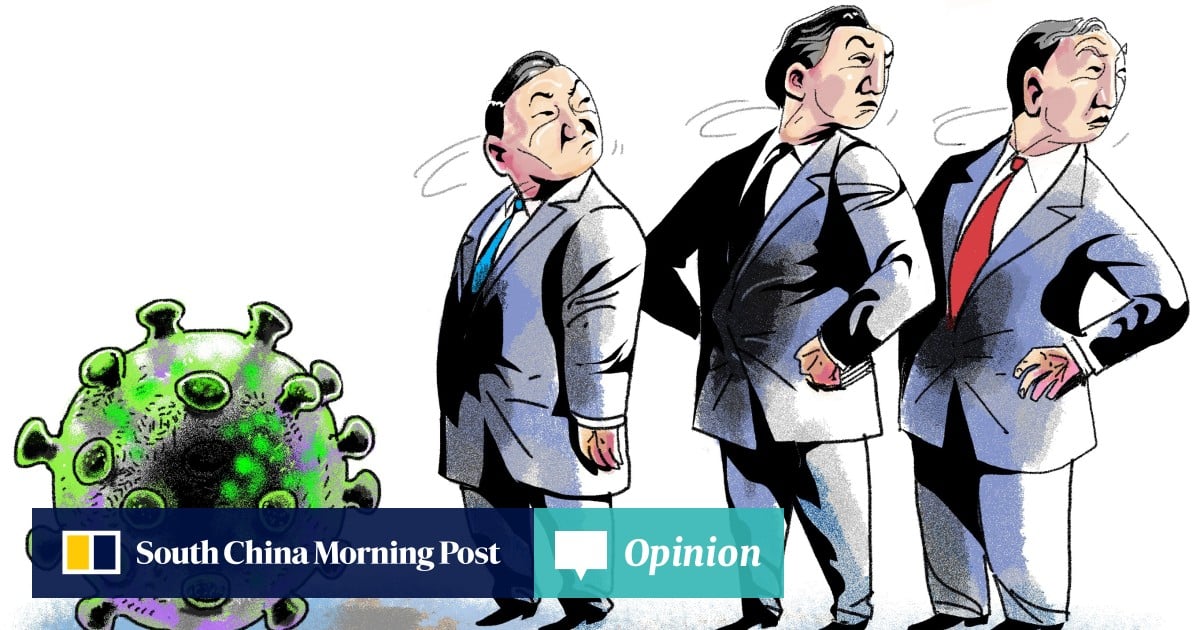 How the coronavirus is exposing the ills of the China model

An all-powerful government means a swift and effective quarantine but the same hierarchical system caused critical delays in containing the coronavirus. Likewise, the China model, so effective when the economy was nascent, has outlived its usefulness.

Totalitarian government always leads to total failure. It's axiomatic.
A

sebastiantombs said:
All I'll say is to consider that Andy just posted that the ENTIRE province, 50 million people, is on lock down. That tells me that the Chinese government is concerned and they don't have a big history of being concerned about their people. I've also heard rumors, rumors only, that the death rate is far higher than being reported by the Chinese. If true, it's another indicator that there is a very serious problem going on.
Click to expand...

That and the fact they are building 2 hospitals to house the sick in less than a month? Seems sketchy and VERY concerning. This thing has been and will be spreading exponentially. It's already surpassed 1,000 new cases a day by my observations.

If you think this virus is just flue bad, China also has history of uncontrolled CRISPR experimentation. Mix that "zeal" with demand to be #1 in world and......

WTF is this virus doing with HIV related genetic segments? That does not happen naturally. Now their use of protease inhibitors for treatment makes more sense.
Last edited: Jan 31, 2020
M

I'd trade for some 50 API rounds if you have them.. 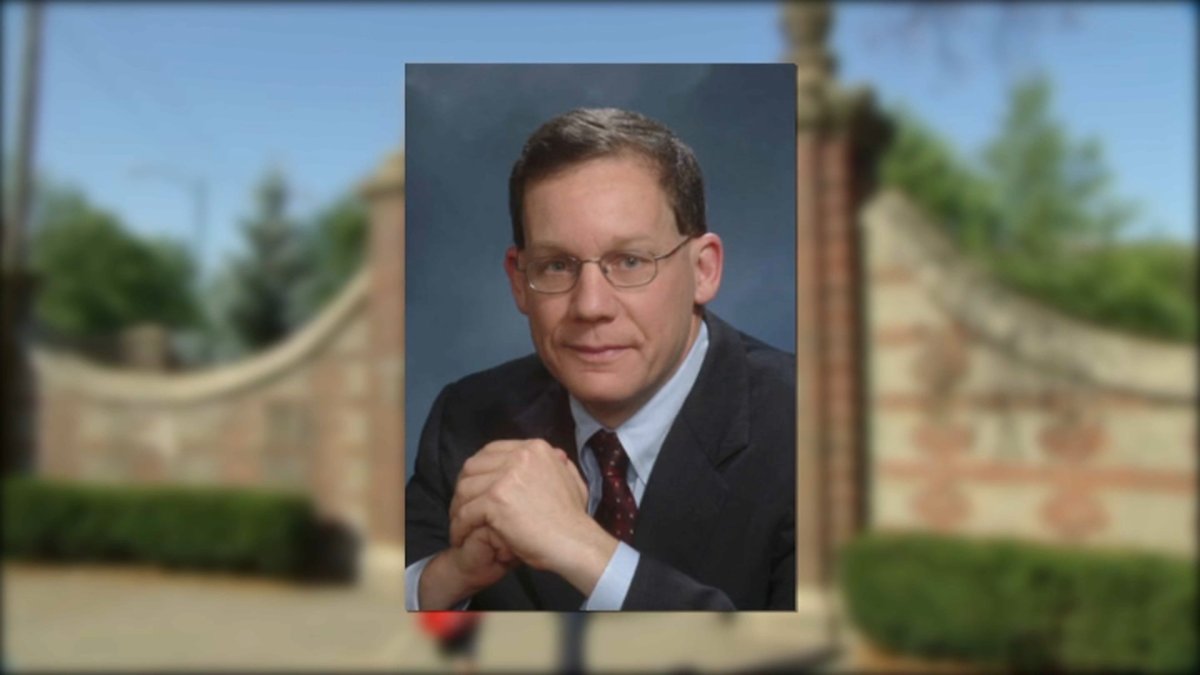 A Harvard University professor charged with lying about his role in a Chinese talent recruitment program must post a $1 million cash bond, a judge ruled Thursday.

So if you want a perfect weapon, would you design a bomb, or a novel pandemic that affects humans? This is not a fake news post btw. Ok so when we all laugh about Corona being an anagram for Racoon as in the Resident Evil games and movies and we laugh at the meme with the Umbrella Corporation logo similarity between some research facility in China (one is red, other green but otherwise identical), you just have to pause and reconsider the possibility of its reality, especially in light of this... please read it in its entirety, especially the part "Prosecutors say Lieber agreed to conduct research, publish articles and apply for patents on behalf of China's Wuhan University of Technology in exchange for $50,000 per month and about $150,000 in living expenses. He also received $1.5 million to establish a research lab at the Chinese university, authorities said. "

His field of expertise.... nevermind. It probably is just a weird coincidence....

Do you all still trust the MSM?

Fellow I know, works for a service that manufactures & provides Bio hazard and radiation protective equipment, suits, masks to the US Navy. Their #1 concern is a virus being weaponized.